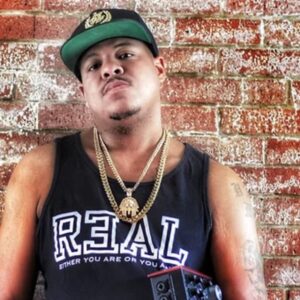 Born during the rise of Hip Hop in Baltimore, Maryland, Platinum Producer Mauryce "Motrakx" Owens has been chosen to think outside of the box. Imagine a creative, innovative child, exposed to many forms of music such as Minnie Riperton (the only female singer to successfully navigate the 8 octave range) and Thelonious Monk; on down to the early 80's Hip Hop sounds of Run-D.M.C. and Grandmaster Flash and the Furious Five. Fast forward a few years and a young Motrakx was honing his turntable skills in Brooklyn, NY.

He was known for his unique ability to mix and scratch the sounds of some of the hottest artists at the time such as: Gang Starr, Nas, and Reggae. This would be the foundation that developed Motrakx’s dynamic ear of rhythm and sound. Multi-talented, charismatic, and well respected, Motrakx has established himself as one of today’s brightest music business entertainment moguls.

Motrakx began his formal recording, production, mixing and mastering education at Technology Music Technical College of Recording Arts (now known as McNally Smith College of Music) in St. Paul, MN. He would go on to receive his Applied Science Degree in Recording and had the privilege of interning with some of the best producers, artists, and engineers in the entertainment industry. Motrakx stated that his understudy time at Prince’s Paisley Park Studios, Jimmy Jam and Terry Lewis’s Flight Time Studios, and Stankonia Studios have helped shaped his foundation in how he approaches creating music and treating others. “I remember watching the process of legends like Jimmy Jam and Terry Lewis, and how precise they were with recording and instrumentation. I also learned that paying attention to the small details would be the difference between an ok record and a great record. I can recall there being 10 statements that we had to memorize at Flight Time Studios, and I still live by them to this day. One of them being if you’re on time then you are late, and if you are 15 minutes early then you are on time.”

Motrakx production and musical style has transcended into all genres and is reflective of the producer’s unique personality. In his music you will hear the relentless, rule breaking mindset that has allowed him to have a career that has expanded over 20 years. He is IMDB certified and has produced notable collaborations with Strange Music (Founded by Tech N9ne), Akon’s artist Benny Demus, and Three 6 Mafia’s Lil Wyte. He is a two-time Grammy considered Recording Engineer and Producer, and produced Radio Song of the Year “City of Flights” by L-Marr the Star, and “The Program” by artist Suli4Q, which generated over a million plays on Spotify. Motrakx is a risk taker and a visionary and because of his abilities to stay ahead of the curve you can hear his production everywhere from radio, radio commercials, television, films, iTunes, Billboard Music, Tidal, Amazon, and other major digital retailers.

In 2010, Motrakx became the Founder, CEO, and Head Engineer of Lost Art Productions in Atlanta, Georgia. He prides himself on being fair and loyal with his artists and everyone that he meets. “I know what it’s like to be an intern and to not always be treated fairly, so I make it a point to treat my artist with respect, and to treat everyone as I would want them to treat me.” That isn’t where Motrakx’s work ends he also is a mentor to many of the artists that he works with inside and outside of his Lost Art Productions roster. What’s next on the journey you might ask? The unapologetic producer will crack a slight smile and tell you “Developing my artist J. Rene and Flagg B, and continuing to build Lost Art Productions into one of the greatest Entertainment Labels of all time.” Throughout his career Motrakx has worked with numerous artists, has provided incredible production, recording, and mixing services, and has been an inspirational star that will not be denied. Continue on this journey with Motrakx and watch how he shapes the future of the music entertainment business. The wave is just beginning and there is no doubt that Motrakx will be at the forefront of navigating these waters and inspiring changes in all of us one song at a time.

of us one song at a time.